The bust is made of white marble. The nose and upper lip are damaged, and there are scratches on the veil. Frederik Poulsen noted in his catalogue from 1951, that the eyes had traces of original paint (Poulsen, 1951).

In 1957 part of the cast reconstructions were removed, and the bust was given a new plinth.

The back of the head of this woman is covered by a mantle. The statue is of the Pudicitia-type.

The break on the shoulders and the neck would suggest that the head has once belonged to a statue. 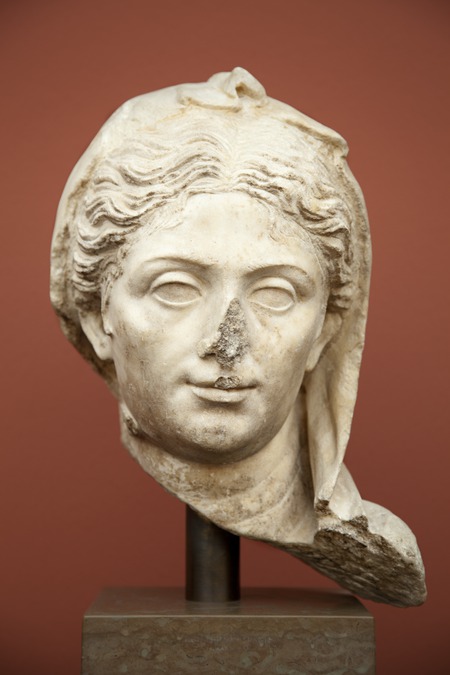